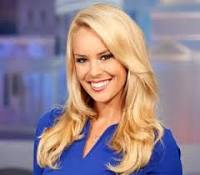 The parking lot attendant told Britt McHenry a camera was recording her rant, but the ESPN reporter didn’t stop insulting the woman. Rightfully so, McHenry was suspended from her job for a week. You can hear the recording at http://www.liveleak.com/view?i=9d1_1429192014. There is no excuse for McHenry to use the F___ word and to tell the woman:

Joe Concha, a media analyst, doesn’t defend McHenry’s rant, but does point out a concern: the video is edited. Read about that at http://www.mediaite.com/online/media-mob-steps-in-it-again-fails-to-vet-britt-mchenry-story-in-rush-to-judgment.

What can women learn from this?