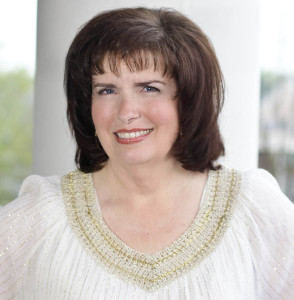 A blog for Writers: Women and Adversity

Queen of the Sexy Regency Romance

New York Times and USA Today bestselling author Sabrina Jeffries specializes in Regency Romance and has 36 books published with more than six million books in print. Her most recent, “When the Rogue Returns,”  is part of her Duke’s Men series. “How the Scoundrel Seduces,” also a Duke’s Men book, is to be released August 19, 2014. Sabrina earned her Ph.D. in English literature from Tulane University and sold her first book in 1991.

“Writing through the Hard Times,” ( http://www.sabrinajeffries.com/about-sabrina/writers-advice/on-time-management-tip-1/) is a poignant essay in which she explains how she continues to write despite having an autistic son. Talk about an obstacle to writing! But when asked what obstacles she had to overcome when she decided to be a writer, she said:

Sabrina: My biggest obstacle when I first decided to become a writer was figuring out where my strengths lay. I thought I was a short story writer or a poet, so I wrote lots of both. The poems weren’t very good and I never seemed to be able to finish a short story. It was only when I wrote a novel and it pretty much poured out of me that I realized I was actually a novelist. Once I knew that about myself, it was just a matter of learning how to do it well!

Sabrina: My biggest obstacle right now is carving out time to write in the midst of all the business stuff–the promotion, the social media, the contests, etc. These days an author has to be out there to be noticed. Even authors with long reputations like me have to stay out there to keep people from forgetting them. There are days when all I want to do is write, and I’m frustrated because I can’t.