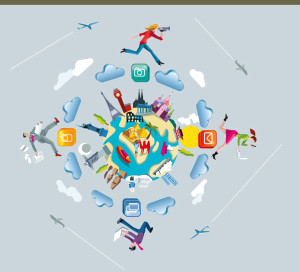 Listening to the reports from Paris this past week made me realize how fascinating it is to be a foreign correspondent. It’s a monumental challenge that requires stamina and determination.

Writing well is essential, but the key to being a foreign correspondent is to know at least one other language besides English. Rachele Kanigel, an associate professor at San Francisco State University, has worked with the Institute for Education in International Media (ieiMedia) and wrote a blog titled “10 Tips for Becoming a Foreign Correspondent. It’s available at http://ieimedia.com/blog/10-tips-for-becoming-a-foreign-correspondent.

Laura Kasinof, a freelance journalist in Colorado, tells of her experience in “How to Become a Foreign Correspondent: An Accidental Journalist Shares Her Story.” It’s available at http://thewritelife.com/become-foreign-correspondent-accidental-journalist-shares-story.

She ends her article with sage advice to all writers.

“The most important thing for someone who is trying to start a career in journalism,” I’ll tell them (and this advice holds true for anyone who wants to be a writer) “is to not be afraid of failure.” Listening to fear when I was in a conflict zone in Yemen was wise. But letting it prohibit me from putting my all into my writing? Never.