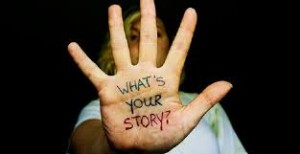 When the shoe moves or what writers must remember about interviews

To avoid the dreaded cliché “When the shoe is on the other foot,” I chose “When the shoe moves.”  Not that clever, but it’s not a cliché, and it brings me to the topic of this blog.

I have interviewed hundreds of people through my writing career, and most have the same concerns:

I’ve been interviewed a few times that cover topics I know about or for a brief bio, but recently I was interviewed for a feature about me. This is where the shoe moves. I was concerned about the same things the people I interview are, and I committed a “sin” that annoys me when I interview people.

The lady who interviewed me was wonderful. She didn’t put any pressure on me to answer the questions or include what she wanted me to include. She did an excellent job, and I didn’t ask to read the story before it was published.