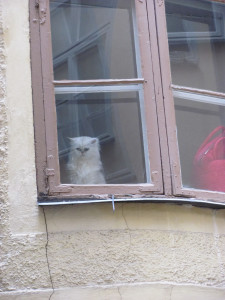 I have interviewed hundreds of people through my writing career, and most of them have the same concerns:

4)      Feeling obligated to include certain people

3)  Getting emails making additional comments they want me to include

4)  Asking to read the story before it’s published

I’ve been interviewed a few times that cover topics I know about or for a brief bio, but recently I was interviewed for a feature about me. I was concerned about the same things the people I interview are, and I committed “sins” that annoy me when I interview people.

1) The interviewer wanted to know how long I’ve been writing. I didn’t want to give the exact number of years, so I kept repeating, “I’m old. I’m old.” I didn’t tell her I just had a birthday, although I told her I wouldn’t tell my age. Then I said I’m not afraid to tell my age, but I wasn’t going to tell her my age or the exact number of years I’ve been writing.

2) She asked me about a recent story I wrote, but I couldn’t remember the core of that story, so instead of sounding stupid, I just said I appreciated the person  who was the subject of that story taking the time to talk to me despite her busy schedule. As soon as our interview was over, I looked up the story in question and

3) I emailed the interviewer with facts I thought should be included.

2) I will try to remember these feelings I had and take extra care at putting the people at ease.

3) Look for the humor in our insecurities. They just make us human.

The lady who interviewed me didn’t put any pressure on me to answer the questions. It was like a chat between friends. And I didn’t ask her to send me the story to read before it was published.