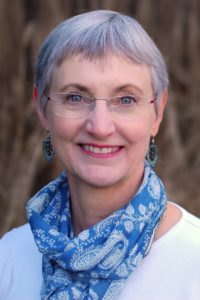 My Women and Adversity posts seldom run more than a few hundred words, but author/novelist Kathryn Craft has inspirational comments that I thought women in every field, not just writers, would benefit from what she says.

Fifteen years later I entered the longest labor of my life when my family suffered the kind of tragedy that can make a novelist out of you: my first husband committed suicide after a day-long standoff on our idyllic little farm. In the years to come, wave after wave of pain stymied me as I cast about for meaning. The medium of story felt crucial to finding hope within these darkest trials of our lives. (Her novel, “The Far End of Happy” recreates the experience.)

KC: The constant head game only ramps up once you’ve been published. The story you’ve so loved is now a product that will be judged by sales numbers, not by its ability to touch the lives of your readers. To that lone voice you’ve battled for so long——the one that said, “This is too hard. Give up and go find happiness.” Many other demeaning voices will be added.

Add to that the common author gripes of failed proposals, lack of promotional support, bad or few reviews, author envy, and the fact that you are not at your most creative while fighting for the career you thought you’d finally bagged, and your inner critic will start to scream, “You are not worthy!”——if you listen, and let’s face it, it’s hard not to listen when a voice is screaming at you.

Kathryn Craft is the award-winning author of two novels from Sourcebooks, “The Art of Falling” and “The Far End of Happy,” and the author of “A Drop of Imitation: Learn from the Masters,” a chapter in “Author in Progress,”
a craft guide from Writers Digest Books. Her interview about the way structure supports meaning in her novels is featured in the front of the 2017 “Novel and Short Story Writer’s Market” from Writers Digest Books. Her work as a freelance developmental editor at Writing-Partner.com follows a nineteen-year career as a dance critic. Long a leader in the southeastern Pennsylvania writing scene, she is an active member of the Women’s Fiction Writers Association, Pennwriters, and a marketing cooperative of women authors, Tall Poppy Writers. Kathryn leads writing workshops and retreats, and blogs at “Writers in the Storm” and “Writer Unboxed.”