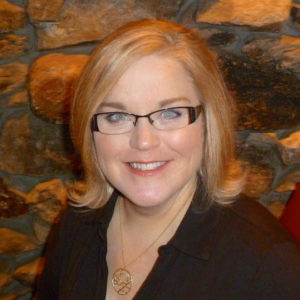 Amy Sue Nathan came to my attention when a Facebook post stated Writer’s Digest magazine listed her blog as one of the 2015 best Websites for writers.

Upon scrutiny, I agreed and saw that Amy Sue lives in Illinois, my native state, and has appearances scheduled in Flossmoor, Homewood and Manhattan, Illinois, my former stomping grounds. I contacted Amy Sue and asked her to participate in my blog, which she agreed to do.

She not only answered my questions, but she sent me a bio, photo and links. What a team player!

Amy Sue writes that she is a novelist, freelance fiction editor and blogger, but not always in that order. St. Martin’s Griffin published her novels “The Good Neighbor” and “The Glass Wives.” It will publish “Left to Chance” in 2017.

She has been published since 2006 in more than two dozen publications including the Chicago Tribune and Huffington Post. She founded Women’s Fiction Writers blog in 2011 and teaches writing workshops.

When asked what the biggest challenge was that she had to overcome when she decided to be a writer, she says:

I think at first I was too naive to realize there were challenges, and that was a blessing! Then, when I decided to write a novel and seek traditional publication, I learned about the industry and I wrote and studied writing craft. The challenge was simply NOT giving up, but that was never an option for me. I was determined to do everything in my power to write a novel and have it published.

What is the biggest challenge you face now after having books published?

The biggest challenge now is to continue being published in an ever-changing and tough industry. To combat this challenge I take control of the only thing in my control – I write the best book I can write.