A blog for Writers, Women and Adversity: Celia Rivenbark 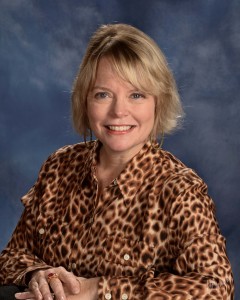 The featured writer this week for my new blog, Women and Adversity, is New York Times Bestselling author and syndicated humor columnist Celia Rivenbark. Readers find themselves nodding their agreement when they read Celia’s stories, which center on family life and living in 21st century America. Her seventh book, “rude bitches make me tired,” is a humorous look at etiquette in our modern era. The titles of all her books bring a smile or chuckle. “You Don’t Sweat Much for a Fat Girl,” “Bless Your Heart, Tramp” and “We’re Just Like You, Only Prettier” are among them. All stresses and cares are suspended when you dip into one of her stories or attend one of her speaking engagements.

I asked her what the biggest obstacle she had to face was when she decided to become a writer.
Celia: I don’t want to be a Pollyanna but, really, I don’t know that there were any obstacles. I always knew I wanted to be a newspaper reporter so I just went to work basically out of high school for the local, and quite tiny, paper in my hometown. They knew my work because I had been writing press releases for an organization for free and the editor figured I could handle it. I went to a bigger paper after 8 years at the small one and, after many years of writing features, I started the humor column. I think as long as you show people what you’re capable of and you have a strong work ethic and understand a deadline, there shouldn’t be any obstacles.

Question 2: What is the biggest obstacle she faces now?
Celia: Now, of course, I’m no longer a daily reporter but I am a weekly columnist and I write books. (No. 8 is in the works!) As far as obstacles go, I guess the only thing I can say is that it’s much harder to be a disciplined writer from home. In a newsroom, you know the deadline and you know that you HAVE to get it done. At home, distractions can range from dust bunnies in the corner of the office that MUST be removed (easier to clean than confront a writing project sometimes when you’re not feeling especially creative) to an urgent call to take care of my ailing mother or do something for my daughter at school. I’m the poster child for the sandwich generation but this isn’t really an obstacle either because I am taking notes and plan to write about it all one day.

Question 3: In one of her columns Celia said she wanted to be a radio deejay, but she failed the physics test needed to get a broadcasting license four times, so I asked her how that affected her.
Celia: Well, it was the first time that I realized that I wasn’t smart enough to do something. I’d always figured I could do anything as long as I studied enough but, no, this was way over my head. I’m sure I would fail it today, too. I learned that it’s important to play to your strengths, play the hand you’re dealt, bloom where you’re planted and all those clichés that are irritatingly true. I never got the radio license, but I’ve been on radio many times over the years at the other end of the microphone and that’s just fine with me.

Contact Celia at www.celiarivenbark.com. Her books are available at all the major book outlets.