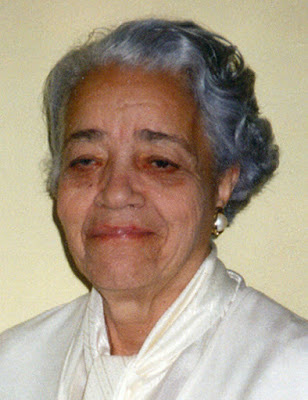 BACKGROUND: The National Advisory Committee for Aeronautics (NACA) was founded in 1915 to advance aeronautical research. NACA had what it called the West Area Computing unit located at the Langley Memorial Aeronautical Laboratory in Hampton, VA. This group was a segregated unit comprised of African American women mathematicians called “West Computers” or simply “computers.” They did complex computations and analyzed data for aerospace engineers and provided information essential to the space program. Because of segregation, they had separate dining and bathroom facilities until 1958 when NACA was dissolved and the National Aeronautics and Space Administration (NASA) was formed. In her book Hidden Figures: The American Dream and the Untold Story of the Black Mathematicians Who Helped Win The Space Race, Margot Lee Shetterly recounts the achievements these women made. The 2016 movie Hidden Figures features Dorothy Johnson Vaughan, Mary Winston Jackson and Katherine Coleman Goble Johnson. (I featured Katherine Aug. 10.)

Dorothy Johnson was born in Kansas City, MO Sept. 20, 1910. When she was two, her mother died, but her father remarried and her stepmother taught Dorothy to read before she started school. As a result, Dorothy was able to skip two grades. When she was eight, the family moved to Morgantown, WVA, and Dorothy entered Beechurst School and graduated high school in 1925. She received a full scholarship to Wilberforce University in Wilberforce, OH near Xenia, the oldest traditional African American college, and when she was 19, she earned her bachelor’s degree in mathematics and in French.

She had hoped to continue her studies at Howard University but because of the Depression felt she had to help her family financially, so she taught math at Robert Russa Moton High School in Farmville, VA. In 1932 she married Howard Vaughan, and the couple moved to Newport News, VA. The couple had six children.

In 1943 she began working at NACA as a “computer,” and in 1949 was promoted to lead the “West Computers,” being the first African American supervisor, thanks to the executive order President Franklin Roosevelt signed in 1941 prohibiting discrimination in the national defense industry. She was an advocate for other women at NACA who she believed deserved promotions and pay increases.

Dorothy was the manager until 1958 when NACA was absorbed into NASA. She was then part of the NASA Analysis and Computation Division comprised of men and women of all races. She became an expert at the computer language FORTRAN and worked with Katherine Johnson and Mary Jackson on the mission to launch John Glenn into space. She applied for but never received another management position. She retired from NASA in 1971.

Read about this amazing woman: