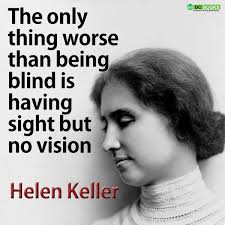 Helen Keller is a role model for all women and a remarkable example of a woman who overcame enormous adversity.

Ms. Keller’s story is known worldwide. Born in Tuscumbia, Alabama in 1880, at 19-months old, she contracted an illness that left her both blind and dumb. It wasn’t until Helen was seven and almost totally unruly that her parents hired Anne Sullivan as her teacher.

Reading about the struggle to teach the girl is heart-rending, but Sullivan was able to teach Helen a connection between an object and the letters that defined it. The first word Helen learned was “water” by learning the letters and feeling the water on her hand.

When she was 10, Helen went to the Horace Mann School for the deaf in Boston and for two years to Wright-Humason School for the Deaf in New York City. She was determined to attend college, and after meeting her, Standard Oil executive Henry Rogers agreed to pay for her to attend Radcliffe College.

Helen wanted to help others and began to lecture about her experiences. She became a Socialist, wrote many articles on the topic and became an activist for social justice.

She wrote her autobiography, “The Story of My Life,” which was recreated in “The Miracle Worker,” a television drama, Broadway play and award-winning movie.

Helen Keller died June 1, 1968, leaving a legacy of how to overcome adversity.