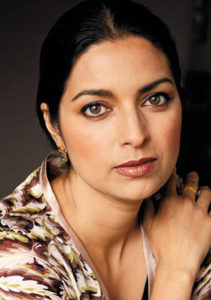 Those of us born in the U.S. are used to simple nicknames like Suzie, Janie, Tommy and Bobby. Nilanjana Sudheshna Lahiri’s nickname is Jhumpa, and she is known as Pulitzer Prize winner Jhumpa Lahiri, pronounced JHOOM-paah L-hee-ree. She writes about the Eastern Indian and the American experiences. Turmoil and the feeling of not belonging are themes that dominate her works.

Ms. Lahiri was born in London in 1967 of Bengali parents, who immigrated from Calcutta, India to the UK. When she was three, her father, a university librarian, took a job in the U.S. The family settled in South Kingstown, Rhode Island.

Ms. Lahiri attend Barnard College and majored in English literature. She went on to Boston University and earned three master’s degrees and a doctorate in Renaissance studies.

Her first book, “Interpreter of Maladies,” a collection of nine stories, earned the 2000 Pulitzer Prize for fiction. She has received acclaim for her debut novel “The Namesake,” the short story collection “Unaccustomed Earth,” and the novel “The Lowland.”

In 2001 Ms. Lahiri married Alberto Vourvoulias-Bush, a journalist of Guatemalan descent. They have two children. The family had an opportunity to live in Italy for a time but have moved back to America.