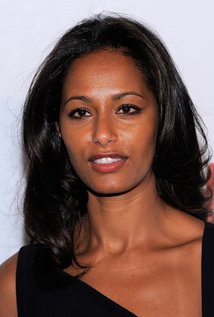 Rula Jebreal, who has Israeli and Italian citizenship, earned her master’s degree in journalism and political science and became the first foreign anchorwoman on Italian television. She received the International Ischia Award for Best Journalist of the Year, the highest European journalism award.

Her 2003 semi-autobiographical novel, “Miral,” follows three generations of Palestinian women. She wrote the screenplay for the movie, which won the Unicef Protection of Children award. As a journalist, she is known as a tough interviewer and won the Media Watch award for her coverage of the Iraq War. Her 2nd novel, “The Bride of Aswan,” was published in 2007.

Ms. Jebreal was born in Haifa, Israel in 1973 and lived in East Jerusalem where Palestinians and Arabs live. Her father was an imam and groundskeeper at Al-Aqsa mosque. Her mother suffered severe abuse as a child and committed suicide when Rula was five. Her father put her and her sister, Rania, in Dar El-Tifel orphanage where she stayed from 1978-91, but Rula considers the late Hind Husseini, founder of the orphanage, her mother and teacher.

She defends Palestinians’ insistence on a sovereign state and advocates for eliminating the bias against Muslims, Arabs and Palestinians. She calls out the media for its prejudice against these groups and questions why more Arab-Americans or native Arabs are not employed in the media. Several YouTube clips highlight her advocating for equality for Arabs and Palestinians.

Her personal life reads like one of the popular romance novels, but no one can dispute her ability to present an argument and support it.