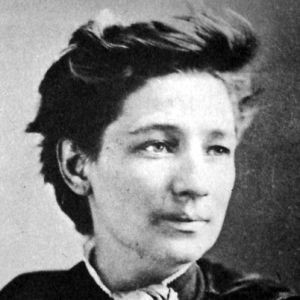 Victoria Woodhull, 1st woman to run for president of the U.S., 1872

1st Woman to run for president of the U.S.

She was born in Homer, Ohio and was an activist on many fronts. She and her sister, Tennessee, created “Woodhull and Clafllin’s Weekly” in 1870. Considered a radical publication, it expressed views on equal rights, birth control and free love. She ran as a candidate for president on the Equal Rights Party ticket in 1872 with some reports saying noted abolitionist Frederick Douglass was her running mate.

She married Canning (possibly spelling Channing) Woodhull when she was 15, had two children but divorced him 11 years later. She befriended Cornelius Vanderbilt, who set her and Tennessee up in business. The sisters developed the first woman-run stock brokerage company.

The sisters moved to England in 1877, possibly because of the criticism they received for their radical views. Victoria wrote “Human Body: The Temple of God” in 1890 and published “The Humanitarian” magazine with her daughter beginning in 1892 and running for nine years.

Victoria was said to have many male relationships and married two more times, the last to a wealthy English banker.

More about Victoria Woodhull is at: