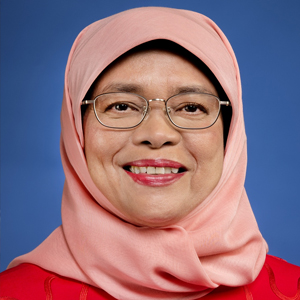 Restricting qualifications so only ONE person can qualify? That’s what happened in the Republic of Singapore’s 2017 “election.”

Halimah Yacob (pronounced Ha li⸍ mah Ya⸍cob) became the president of Singapore in September 2017, the first woman to attain that post. She has, however, avoided making a comment about how she attained the office. It happens that the qualifications for president were restricted to the extent that she was the only person to qualify. She told the press that she will do her best, “…and that doesn’t change whether there is an election or no election.”

The qualifications limited the candidate to only a Malay, an ethnic minority in Singapore, and someone who has served in government. Anyone from the public sector had other specific qualifications, but the men who chose to run were disqualified.

Thus far there isn’t controversy about Yacob’s performance. As I listen to her speeches and presentations on YouTube, I find that they indicate she is working to improve the lives of the underserved in Singapore.

Singapore merged with Malaysia and was under British control until 1963. In 1965 it broke off from Malaysia and formed the Republic of Singapore, which is between Malaysia and Indonesia. Its capital city is Singapore. About six million people live in this island nation, which is the wealthiest country per capita in Southeast Asia.

In the past, the president’s position was primarily ceremonial, but Singapore’s Constitution was amended so the president can veto government budgets and key public appointments. This gives Jacob a lot of power. She is another woman leader who may ascent to Prime Minister.

How Did Halimah Yacob Become the President of Singapore and Who are Her Family Members?