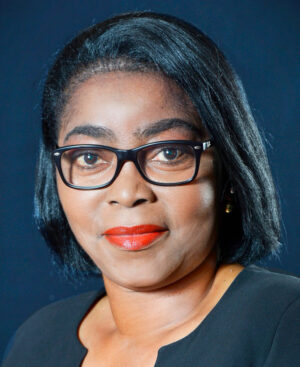 Despite being in the Computer Age, it is challenging to obtain information about world leaders who don’t have close ties to the U.S. Such is the case with Gabon (Ga bon⸍).  U.S. Deputy Assistant Secretary of Defense for African Affairs Chidi Blyden recently met with Rose Christiane Ossouka Raponda (Ra⸍ponda), the Prime Minister of Gabon, and the two agreed to strengthen their ties. More information is undoubtedly available in French, but I can’t read French. A diligent student of Africa and women world leaders will be able to unearth more facts, but for now, this is all I have.

Gabon, a former French colony, is situated on the west coast of Central Africa with Equatorial Guinea, Cameroon, Republic of Congo and the Atlantic Ocean as borders. It is about 100,000 square miles, 85 percent of which is forests. It has a population of 2.3 million people, who have a primarily upper-middle class income due to Gabon’s oil-rich land and the production of manganese, a useful metal for manufacturing and an essential mineral for the body.

Ossouka Raponda was appointed Prime Minister in July 2020, the first woman to hold the office, after her predecessor resigned. President Oli Bongo Ondimba charged Raponda with “ensuring [Gabon’s] economic relaunch and necessary social support in the light of the world crisis.”

The crises in Gabon:

Born in 1964 in Libreville, Gabon’s capital
Earned a degree in economics and public finance from Gabonese Institute of Economy and Finance

Political Career as close to accurate dates as possible:

Unlike in America where people’s private lives are open books, I couldn’t find any facts about Raponda’s personal life. Possibly they are in the French posts.