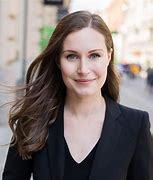 Aside from Russia’s invasion of Ukraine prompting Finland, a country of 5.5 million, to apply for membership in NATO, which has gained headlines around the world, Sanna Marin also has gained headlines. As Prime Minister of Finland, she is an example of the emerging “21st century woman”: under 50, intelligent, attractive, social media savvy, politically astute and determined to lead her country to increased prosperity. All of these factors package a confident, modern woman, which includes negatives. I’ll start with what many consider her indiscretions.

What should we know about Marin’s career?

What’s it like to be Sanna Marin, the young female Prime Minister of Finland? – YouTube
Finland’s Prime Minister Sanna Marin says the American Dream is best achieved in Nordic countries (savannahnow.com)
Opinion: This is what a nation run by women looks like – CNN