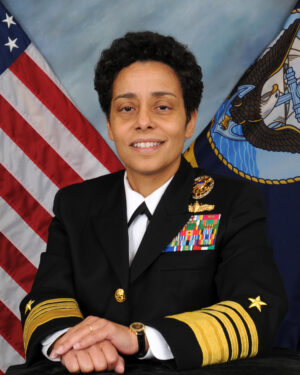 Since it is Veterans Day, I think it’s appropriate to honor a woman who is a veteran. I never knew that a woman, Michelle Janine Howard, had reached the rank of four-star admiral in the Navy. She attended the Naval Academy, graduating in 1982, and retired from the Navy in 2017. Her list of achievements during her naval career are stellar. Among them are:

Admiral Howard was born April 30, 1960, in Riverside, CA but the family relocated to Colorado. Her father was a master sergeant in the Air Force, and by the time she was 12, Howard began considering a military career. She didn’t realize at the time that women were not accepted in military academies, but that changed when President Ford signed the Military Procurement Bill, allowing women to enter the academies in 1976.

In 1989 she married Wayne Cowles, a Marine, not retired. In 2019 she became a member of the IBM board of directors, and in 2020 was on one of President-elect Joseph Biden’s transition teams.