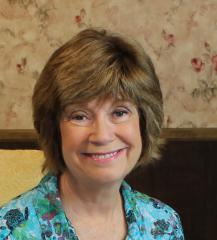 Thanks to Ann Weisgarber, readers of The Personal History of Rachel DuPree readers learn how harsh it was for women to live in the Badlands of South Dakota during the early 20th century. The Promise follows privileged Catherine Wainwright from Dayton, Ohio to Galveston, Texas in 1900 where she must adapt to the rigors of living on a dairy farm with her new husband and his five-year-old son. Ann’s newly released The Glovemaker takes place during the winter of 1888 in the Utah Territory where Deborah Tyler must endure not only the harsh conditions but isolation as well.

Ann,  a native of Ohio, pursued a career in social work and teaching before becoming a prize-winning novelist. She didn’t experience the hardships her characters endured but was inspired to write about them.

Her answers to my questions include inspirational and motivational details, so I chose to divide this post into two parts to run consecutively.

JAM: What made you decide to become a writer?

AW:  I wasn’t one of those kids who dreamed of growing up to be a writer. Writers, I believed, were set apart from other people.  They had talents and skills that I couldn’t begin to imagine.  Instead, I was – and still am – a reader. The decision to write my first book, The Personal History of Rachel DuPree, happened when I saw a photo of an unnamed woman in a roadside museum. Something about her touched my heart, and I felt compelled to give her a voice. I wrote a three-page short story and thought I was finished.

JAM: What was the biggest obstacle you faced when you decided to become a writer?

AW: I didn’t know the first thing about how to write dialogue and flashbacks. I didn’t know when to end a chapter or how to maintain tension. Character development? How do you do that?  Unhappy with the three-page story, I understood I needed to learn the basics of fiction. I took non-academic night classes for novice writers and on my own, I studied other novels sentence by sentence. The craziest thing I did was copy by hand Charles Frazier’s Cold Mountain. As tedious as that might sound, that’s how I learned about word choice, dialogue, when to describe the landscape, and how to move a story forward.

JAM: What was the biggest obstacle you faced when you wrote The Personal History of Rachel DuPree?

AW: My inner critic was in a constant battle with the woman in the photograph. My inner critic told me I couldn’t and shouldn’t do this. I didn’t have a background in English or creative writing. Who was I to assume the voice of someone whose race was different from mine? On the other side of the battle, I felt the woman in the photograph tell me that I must not give up. She’d overcome far bigger obstacles than trying to write a book. I felt she was counting on me to tell her story.

During my fourth year of working on the story, one of my evening instructors told me that if I worked harder, I might be able to get it published. Inspired, I poured on the steam. Two years later, a literary agent agreed to represent me. She sent the manuscript to the major publishing houses in New York. All the editors turned it down, and the agent and I parted ways. Urged on by the woman in the photograph, I spent another year revising the manuscript. Then I read about an editor at Pan Macmillan in the UK who was willing to look at manuscripts that weren’t represented by agents. I sent it to him and eleven weeks later, he offered me a contract. Will Atkins, the editor, gave me the biggest break of my life.  My next novel, The Promise, was dedicated to him.