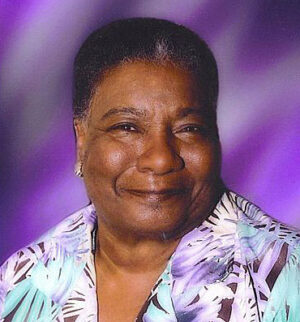 Founder of People for Community Recovery

Hazel M. Johnson’s life as she knew it crashed in 1969 when her husband, John Johnson, died of lung cancer after being diagnosed a mere two weeks before. He seldom smoked, and she was bewildered that he had contracted this disease. Her seven children had various skin and respiratory ailments, and Johnson learned that many of her neighbors in the Altgeld Gardens housing project in Chicago had cancer and other physical ailments. This knowledge started her on the road to being an environmental activist.

Residents of Altgeld Gardens, which opened in 1944 for mostly Black factory workers, is situated on the far southeast side of Chicago and is managed by the Chicago Housing Authority. The area was built on a landfill and was surrounded by other landfills, industrial businesses and sewage-treatment plants, exposing the residents to hazardous gasses. The buildings where people lived were constructed with asbestos, and the drinking water was contaminated from the nearby factories. Johnson began to document the effect this environment had on the residents of Altgeld Gardens.

In 1979 Johnson heard a television report about southeast Chicago having a higher rate of cancer deaths than the city and the rest of the nation. She acted by founding People for Community Recovery. Its mission is not only to improve the living conditions of the residents of Altgeld Gardens but to address the problem of urban pollution and environmental injustice. The nonprofit agency continues today with Johnson’s daughter, Cheryl Johnson, as executive director.

Johnson nicknamed Altgeld Gardens the “toxic doughnut” and demanded the housing authority rectify the situation. One study said the area contained more than 500 sources of potentially hazardous pollution with the 31 landfills and 22 factories emitting chemical and metallic elements into the air. A 1987 study showed that 60 percent of Blacks and Latinos lived in communities with uncontrolled toxic-waste sites.

Johnson became relentless in teaching the community about the environment and demanding results from the CHA and Waste Management, Inc. As she became a popular speaker on the subject, the media and some politicians began to listen. At last CHA removed the asbestos, and the Maryland Manor neighborhood got water and sewer lines installed. In 1992 Johnson received the President’s Environment and Conservation Challenge Award.

Johnson was born in New Orleans, Louisiana, the only one of four siblings to live past nine months of age. By the time she was 12, both parents had died, so she went to live with an aunt in Los Angeles. Five years later, after she had attended high school, she came back to New Orleans and within a year met John Johnson. They moved to Chicago where community organizers convinced her to join a campaign against housing segregation. She held several jobs in Chicago, including working for the U.S. Postal Service.

Hazel Johnson died January 12, 2011, of heart failure at the age of 75. She was survived by her children Yolanda, Valerie, John, Jr., Johnny, and Mark. She was preceded in death by son Michael.

I include Hazel Johnson in my ebook Women and Adversity, Recognizing 23 Notable Mothers, which is available at amazon.com and barnesandnoble.com.