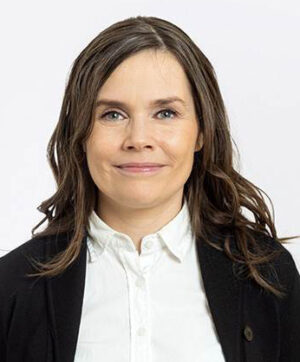 Another example of a woman who has become leader of her country is Katrín Jakobsdóttir (pronounced jack obs deh⸍ tier), prime minister of Iceland since 2017. We have all heard of Iceland, but I only learned more about it because Jakobsdóttir is a world woman leader.

Iceland is an island country in the North Atlantic between North America and     Europe. Scotland is its nearest neighbor but still 500 miles away. Reykjavík is its capital. A mere 360,000 residents, most of whom live in Reykjavík, inhabit the island’s 40,000 square miles (103,000 square km). It is the least inhabited country in Europe.

Jakobsdóttir, 46, has the reputation of being the most trusted politician in Iceland. She is an advocate for women and equal rights, chair of the Left-Green Movement, an environmentalist and proponent of climate change and chair of the Council of Women World Leaders. She opposes membership in NATO, although the country will remain a member. She also opposes joining the European Union. The diligent readers will find out why!