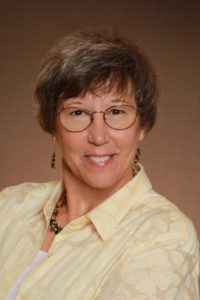 Laura Drake has carved out a unique romance niche for herself by writing about cowboys and bull riding. “The Sweet Spot,” the first in her three-book series Sweet on a Cowboy, won the 2014 Romance Writers of America RITA award for Best First Book. The RITA is the Oscar of romances. Her most recent novels are in the Chestnut Creek series, which, of course, centers on cowboys and romance. She has also written women’s fiction, Days Made of Glass, with bullfighting a major factor.

Drake grew up in the Detroit area and earned a degree in accounting from an Upper Peninsula college. She moved to California for the warm weather and was a corporate CFO. She met her husband, a motorcycle enthusiast from Texas, and rode 100,000 miles on the back of his motorcycle before she learned to ride her own. Now she owns two of them. The couple live in Texas.

JAM: What was the biggest obstacle you faced when you decided you wanted to write a book?
LD: Me. I’ve always been a reader. I was a dreamer as a child, and books took me away from the war zone I grew up in. Many years and about a zillion books later, I met and married a guy who loved motorcycles. I used to prop a paperback up on his back and read going down the road. One day we were riding the twisty country roads around San Luis Obispo when we came around a corner and there was an old Victorian on a hill, all by itself. Run down and abandoned, it captured my imagination. I would have loved to buy it and restore it, but since that wasn’t practical, I started making up a story in my head about a woman who does.

I wanted to write the story, but who was I to write a book? Authors were way smarter than I! So I sat in front of my computer off and on for a year, vacillating. One day I looked down and realized I had a delete key! I could write the story to get it out of my head, then just delete it, and no one would know how lame it was. So that’s what I did. But by the time I finished, I had a new goal. I wanted to hold a book in my hand with my name on it.

JM: What was the biggest obstacle you faced when you wrote The Sweet Spot?
LD: Getting an agent! The Sweet Spot was my third book. I’d queried agents after that first book, and the second, and then this one. I was rejected 417 times (not that I kept count, or anything). I was reaching the end of my list of agents and was still getting rejections.

I belonged to a writer’s group which was bringing an editor in to speak at our meeting. Because I worked near the airport, they asked if I wanted to pick her up. Oh, heck yes! Friday So Cal traffic is brutal, but that day, there was an overturned tanker on the freeway, and I had her to myself for two hours! Score! I pitched my book to her, and she asked me to send it to her. Monday morning, she contacted me, and said, “The first thing we need to do is find you an agent.” Yeah, like I hadn’t thought of that! She introduced me to my agent, and things went from there. I was thrilled and honored to receive the RWA RITA award for Best First Book the following year for The Sweet Spot. Highlight of my life!

I now have twelve books out, and I’m living my dream. I’m proof you don’t have to be fast or brilliant to succeed. You just have to keep breathing, learning and doing the work. If you never give up, you HAVE to get there eventually!