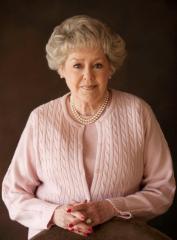 Leila Meacham, who lives in San Antonio, TX with her husband, had three romances published in the ’80s while teaching high school English. She started a novel but abandoned it because teaching demanded her full attention. Decades later while retired, Leila resurrected her novel. It took fives years but she finished Roses, which was published in 2010 and became a New York Times Bestseller. Leila has written more epic novels, most recently Dragonfly, released July 9, 2019.

JAM: What was the biggest obstacle you faced when you pulled out the years-old draft of Roses?

LM: The feeling of being totally overwhelmed when I lifted the lid on the box containing the manuscript. It seemed an impossible task to make heads or tails out of the huge jumble of pages that I had not looked at in twenty-five years, pick up the story line and reacquaint myself with the characters and time period. I almost put the lid back on the box, but then I applied the method I’ve successfully used to restore order to an overflowing closet, pantry, and garage. I start with the first shelf and work my way down, and so it was with Roses. I took the first page from the box and placed that page and the others in related stacks until I could then put them together as a whole.

JAM: Were there other obstacles as you wrote your subsequent books?

LM: Oh, how shall I count the ways? With Roses it was the news that my twin brother and only sibling was diagnosed with terminal cancer. My computer crashed when I was 400 pages into the book. I came down with a severe case of shingles that debilitated me for months. With Tumbleweeds it was simply the crippling fear of disappointing my readers in writing a book that was such a total departure from Roses, but I persevered because it was the book that I wanted to write. With Somerset I developed a heart condition that later required surgery, and with Titans, oh me. Computer problems that caused the loss of essential chapters, a total rewrite of the book after it had been accepted for publication, and my husband was diagnosed with cancer of the larynx from which he recovered and is now cancer free. Of all my “book children,” Titans caused the most trouble. It was like the child who, if born first, would have been last but is the one who becomes mother’s favorite. And then there was Dragonfly. Health issues of all kinds plagued the writing of the book, ending with emergency breast surgery ten days before the release of the book.

LM: I hope none! But at 80, who knows what tomorrow will bring? I am hoping for sunshine and roses and rainbows—a respite from the rain.

When all is said and done, though, no matter the obstacles——unless, of course, they are unassailable as some are——staying true to one’s dreams can give you the push to get through them. I feel that way about writing and am thankful for the gift that God gave me to press on through the darkest days to my goal. The thrill of having finished the race is one of the finest emotions a human being can feel.