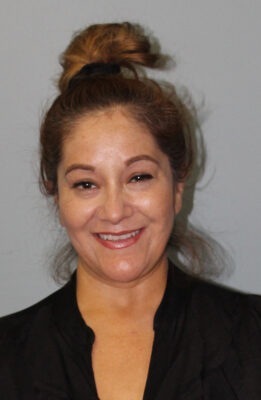 Lina Mayorga left her accountant’s job in Mexico in 1998 and brought her five-year-old daughter, Rebecca, with her to live in Leland, N.C. There Mayorga joined her husband, who had become a U.S. citizen. Mayorga did not know how to speak English but interacted with U.S. citizens so she could learn the language. “I didn’t want anyone to interpret for me,” she says. “I wanted to learn English on my own.”

She accepted a position at Brunswick Family Assistance, a private agency that assists low-income individuals and families and those in crisis. While there, she saw a need for someone who spoke Spanish and knew the country of Mexico. “The [Hispanic] people were being underserved,” she says.

In 2003 Mayorga became empowerment leader working with children at Hope Harbor Home, the organization in Brunswick County, N.C. that assists victims of domestic abuse. “It needed someone to serve the Latina and Hispanic communities,” she says. “It was hard to see someone be mistreated. Seeing the kids really touched me.” In 2005 Mayorga became Hispanic advocate at the agency. “I was needed to help these women who were underserved,” she says. “They immediately trusted me.” Mayorga assists women 18 years and older and says most of the women she helps are between 22 and 50.

Mayorga became a U.S. citizen in 2017. Since she knows what is necessary to become a citizen, she provides the necessary documents the women need and advises them to consult an attorney to complete the process. She helps them fill out the questionnaire for the census, and she stresses the importance of voting. “I tell them they are here, and they are underserved because the politicians may not know their needs.”

She says it’s difficult for those she helps to understand how to vote because they don’t know the process and are afraid to make a mistake. Besides, they don’t feel welcome to vote. “I’m there to help. I’m there to listen,” she says. “I’m there to support them and to offer them information and referrals and to make sure they are safe.”

Mayorga continues to live in Leland and has four children and two grandchildren.

“I’m open-minded when it comes to understanding people from other cultures, not just people from Mexico,” she says. “They are intimidated being around Americans.”