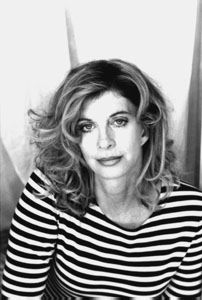 Susan Harris is the brilliant creator, writer and producer of several situation comedies. She developed characters with problems and flaws that viewers understood.

She wrote scripts for:

Among the programs she created and produced:

Ms. Harris was born Susan Spivak in 1940 in Mount Vernon, NY. She was fascinated by television programs and, although most television program writers were men, she believed she could write episodes that would be televised. She persisted in her dream and in 1969 she wrote a script for Then Came Bronson, and it was accepted.

She had married actor Berkeley Harris in 1965 but the couple divorced in 1970. Their son, Sam Harris, is an author and neuroscientist.

Male writers and producers, including Garry Marshall and Norman Lear, recognized her talents, were impressed with her ideas and her career took off. She met Paul Junger Witt and Tony Thomas and joined their independent television production company in 1976. She married Witt in 1983. He died of cancer in April 2018.

She received Emmy awards for The Golden Girls in 1986 and 1987, received the Paddy Chayefsky Laurel Award for Television in 2005, which the Writers Guild of America presented to her, and was inducted in Television Academy Hall of Fame in 2011.

Ms. Harris suffers from chronic fatigue syndrome, and wrote an episode for The Golden Girls in which Dorothy (Bea Arthur) is diagnosed with the condition.

The Golden Girls is the most successful of Ms. Harris’ efforts, and the program continues in syndication.