Write the Core of the Story 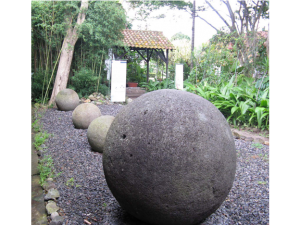 I’ve had countless assignments to write about the anniversary of an organization, a fundraising event or the focus of a group. Basically, these topics are like press releases. They simple give information that can be found on most Websites. How do you get to the core of the story?

1) Do research.  It is imperative that a writer know the basics before approaching a story. Facts are plentiful, and google.com is a starting point. I am writing a story about Zonta Clubs. I had never heard of them, so a Google search was in order. I learned that the 95-year old group aims to improve the status of women globally. Its Website revealed history, mission, membership, other Websites and all the ground-floor information necessary to approach a member for an interview.

2) Ask creative questions. The research provides the springboard to ask creative questions. Why form a local Zonta Club?  What are the major problems locally that need solving? The person I interviewed explained that the local focus was to eliminate human trafficking. How big was the problem there? What were the solutions?

The Website indicated that one of the local members had been president of Zonta International. Was that woman still living in the area? Was she available for an interview?

3) Probe for the unusual. Often this arises from the answers the interviewee gives. The person I was interviewing said one of its local board members was a previous client. This is the perfect candidate for an interview. She made the transition from victim to advocate.

4) Follow up. Once information is collected and the interviews are over, the writer organizes the story but almost always sees gaps. Call back. Get clarifications. Interviewees may reveal other information that gives depth to the story.

One of the most informative articles I’ve ever read on the topic is in the March/April issue of Writer’s Digest: “The Secret to Stronger Feature Articles” by Scott Atkinson. It’s a must read for feature writers.