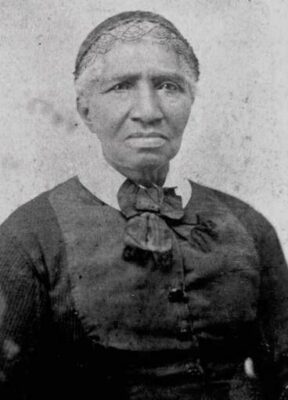 For my blogs in May, I’m taking some of the women I featured in my ebook, Women and Adversity, Honoring 23 Notable Mothers. Most people never heard of some of them, and I think Clara Brown is one of them.

Some accounts list Clara Brown’s birth year as 1800, others 1803, but all accounts say she was born a slave in Virginia. She was about eight or nine years old when she and her mother were sold to Ambrose Smith, a tobacco farmer. Smith took them to Kentucky and included them in church services. When Clara was eighteen she married another slave named Richard. The couple had four children: Richard, Margaret and twins Paulina Ann and Eliza Jane. Paulina Ann drowned when she was eight. Smith died when Clara was 35, and her family was sold to different owners. Kentucky plantation owner George Brown bought Clara, and she worked as a house slave. When George Brown died, his will declared Clara free. She was 56 years old and vowed she would spend her life searching for her family.

She moved to St. Louis, Missouri, and heard that her daughter, Eliza Jane, had moved west. Clara decided to move west to find her. She worked as a cook and a laundress, saved her money and wanted to begin her journey, but Blacks were not allowed on stagecoaches. In 1859 Colonel Benjamin Wadsworth offered her free transportation west in the Colorado Gold Rush if she would be cook for the men on the wagon train. She accepted and spent eight weeks on the 700-mile trip, walking most of the way. Once in Denver, she searched but did not find Eliza Jane. She followed the miners to Central City, Colorado, and opened a laundry. She also worked as a cook, midwife and nursemaid. She became known as “Aunt Clara” because she never turned anyone in need away. She is known to:

Brown invested her money in real estate and gold mines and accumulated $10,000 in savings. She used the money to help freed slaves move west and to search for her family. She began her search in Kentucky and learned that Margaret had died. She never found son Richard and never saw her husband again. Finally, in 1882 she learned that a Black woman named Eliza Jane lived in Council Bluffs, Iowa. She traveled there, and the woman was Clara’s daughter. The two moved to Denver, Colorado, where they lived together until Clara’s death.

Clara no longer had any money because she had spent all of it helping others and seeking her family. She died penniless on October 23, 1885, in Denver at the age of 85.