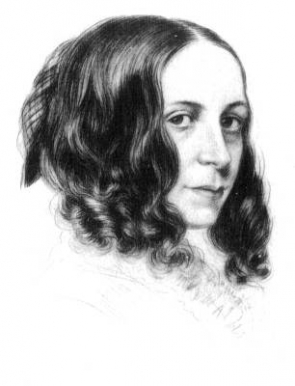 More recognizable than almost any other poem in the English language is Sonnet 43 from Sonnets from the Portuguese:

“How do I love thee? Let me count the ways.”

Elizabeth Barrett Browning wrote that to her beloved husband and fellow poet, Robert Browning, in ­­­­­­­­­­1850.

The couple became pen pals when Robert sent Elizabeth a fan letter in 1845 after reading her book, Poems, published in 1944. The pair eloped in 1846 and moved to Italy. Robert nicknamed Elizabeth “my little Portuguese” because she was short and had a darkish complexion. The couple had one child, Robert Wiedeman Barrett Browning, in 1849.

Elizabeth was born in 1806 in County Durham, England, the eldest of 12. Beginning when she was a teen, chronic ill health plagued her for the rest of her life. Ellen Buchanan Weiss explained in an article she wrote in 2011 that Elizabeth could have had hypokalemic periodic paralysis, a disorder involving potassium. The link to the article is https://news.psu.edu/story/152960/2011/12/19/research/mystery-victorian-era-poets-illness-deciphered-after-150-years.

Because of her illnesses, Elizabeth’s father, Edward, kept her secluded much of the time. He detested strangers and developed a total antipathy toward Robert. Edward subsequently disowned Elizabeth.

Elizabeth is renowned for her sonnets and other poems, but in 1856 she wrote Aurora Leigh, a verse novel about a woman in love. It highlights women’s issues and was well received by those who favored women’s equality but criticized by conservatives.