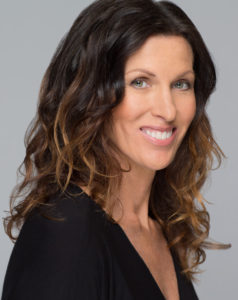 At her website, Sara Ackerman states that her motto is “Patience and Perseverance.” She had written three novels——still unpublished——before she attempted historical fiction. The result was Island of Sweet Pies and Soldiers, a story set during World War II in Hawaii. It sold to Mira and was published in 2018. The Lieutenant’s Nurse followed and was published in March 2019. Upcoming is The Hiding Season.

Sara was born in Hawaii and continues to live there. She earned graduate degrees in psychology and Chinese medicine, was a high school counselor and teacher on Oahu but then attended acupuncture school and now practices acupuncture. She lives on the Big Island with boyfriend Todd and several pets.

JAM: What was the biggest obstacle you faced when you were writing Island of Sweet Pies and Soldiers?

SA: Writing a book set in the 1940s. I was terrified about getting everything wrong. In the beginning I had to ask my parents and look things up constantly. What did they eat? What songs were playing on the radio? What kinds of cars did they drive? How long did it take to drive to Hilo? With each book set during the war, it has become a little bit easier.

JAM: Your editor at Mira left before Island was published. How did you adjust to the change?

SA: That was a shocker. I was so sad to see her go, but we got all the major revisions done before her departure. People say that no one will love your work as much as your acquiring editor, and that may be true, but my new editor has been wonderful and has a keen sense for not only what needs work but how to fix it.

JAM: What was the biggest obstacle you faced when you were writing The Lieutenant’s Nurse?

SA: Aside from sifting through an overwhelming amount of information about Pearl Harbor, my father was sick. He was in-and-out of the hospital then lived with us until he died soon after I finished my first draft. My father and I were very close, so I was not feeling inspired and not able to write consistently. I had to dig very deep to keep writing, but I think maybe it was good for me. I just wish my dad had lived long enough to read the book because he was my biggest fan. I dedicated the book to him.

SA: Trying to decide which book to write next. I do have a fair amount of revisions on two books, but I also find marketing and publicity is challenging for me. I’m somewhat of an introvert, but I love doing book clubs or talks with other authors that happen organically. Being in Hawaii can also be a struggle. I’m working on putting a Hawaii Writers Retreat together for 2020.

A few thoughts on obstacles. Life is rarely going to get out of the way and let us write in pure, uninterrupted bliss. Stuff happens, and whether that is good stuff or bad stuff, we need to keep going. I’ve learned to trust the process and that if we get our butts in the chair, the stories will flow. It may not always be easy, but the struggle is part of the journey and the more you accept it, the better off you will be.