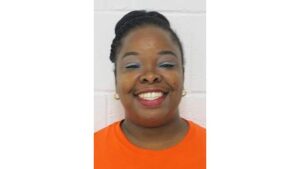 Unfairly Imprisoned in Oklahoma for 15 years

I featured Tondalao Hall in my2020 ebook, Women and Adversity, Honoring 23 Black Women, which included my interview with her. Megan Lambert with the American Civil Liberties Union of Oklahoma and her colleague Cassidy Fallik arranged the interview.

The story begins in 2004 when Hall was unjustly imprisoned after she was severely beaten by her boyfriend, who also broke bones of at least one of their two young children. The man received a 10 year suspended sentence and was released on probation after serving two years in prison. Hall received a 30-year prison sentence for “failing to protect” her childr

en. Oklahoma’s “failure to protect” law blames the mother for not reporting abuse by a partner.

Hall was 19 at the time of her arrest and began her prison sentence at Mabel Bassett Correctional Center in McLoud, Oklahoma in 2006 after spending two years in jail. Hall’s requests for commutation had been declined in the past, but in 2015 a petition was circulating to free her. In October 2019 the Oklahoma Pardon and Parole Board voted unanimously to commute her sentence, and Governor Kevin Stitt granted the request. She was released November 8, 2019. Danielle Ezell, a board member for Oklahomans for Criminal Justice Reform, said, “Women are being sentenced to two times, three times, four times the amount that the abuser was.”

While in prison, Hall earned her General Education Diploma and her cosmetology license. Family members raised her children while she was incarcerated.

I contacted Lambert for an update, and she responded that there were no updates, so I assume the “failing to protect” law continues to be on the books. I remember that Hall wanted privacy when she was released, and I gather that still holds. Hall turns 37 March 15.